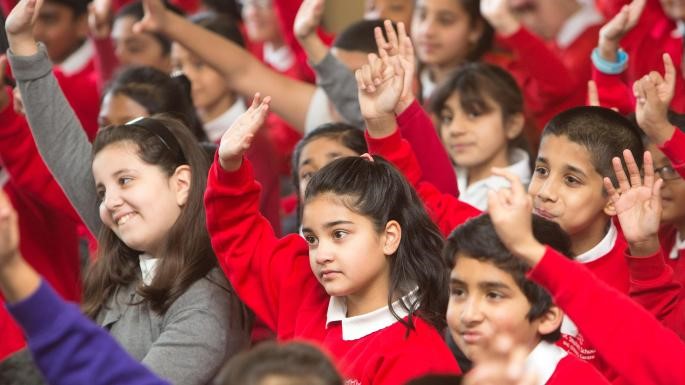 A primary school from London’s East End has topped the first Parent Power tables to use the new Sat examinations – achieving the top score of any school in the state or independent sectors.

The remarkable success of St Stephen’s School, in East Ham, is revealed in the English primary schools’ table published in the first part of the 25th edition of The Sunday Times Schools Guide, Parent Power. Secondary school rankings for state and independent secondary schools are published on November 26.

The new rankings are based around the average scaled scores awarded to all children in their final year of primary education in 2016, following tests in reading, maths, and grammar, punctuation and spelling (GPS).

An average scaled score of 100 in each area indicates that all children in a school have achieved the expected national standard.

This is the first edition of Parent Power to use the new Sats taken by 11-year-olds in their final year at primary school. The new examinations were introduced in 2016 and are designed to raise academic standards in primary education.

The revised ranking structure has the merit of measuring the achievements of all children in a given school. Previously, only those children who achieved the old level 5 attainment – putting them academically about two years ahead of their chronological age – counted towards a school’s ranking.

The new scaled scores are awarded to all children in a range from 80 to 120. St Stephen’s – which has been named The Sunday Times State Primary School of the Year – achieved a remarkable average of 111 for reading, 114 for maths and 115 for GPS.

The combined score of 340 beat all other English primaries and the fee-paying Guildford High Junior School, which tops the new Parent Power rankings for prep schools with 339. It is the first time a state primary school has outperformed all independent prep schools.

Guildford High Junior School tops our new table of the top 100 independent preparatory schools. Fee-paying schools are not required by law to enter their children for the Sats – but more than 300 still do.

The leading independents continue to perform at a high level. Notting Hill and Ealing High School Junior School GDST, ranked joint second, is The Sunday Times Independent Preparatory School of the Year. It has reached the top 10 in our guide every year since 2010.

The top of the table is dominated by prep schools in London and the southeast. The only prep school outside those regions to be included in the top 10 is the Royal Grammar School Junior School, Newcastle, in eighth place. It is a former winner of our Independent Preparatory School of the Year title.

St Stephen’s, which has higher than average numbers of children who qualify for free school meals, who are from ethnic minorities and speak English as a second language, has featured twice in Parent Power in the past, ranking 46th in 2015 and 152nd in 2014 in tables based on the proportion of children achieving level 5 in the old Sats, indicating achievement roughly two years ahead of their age.

Under the headship of Neena Lall since 1999, the school has progressed over the past two decades from being good with outstanding features to outstanding in its most recent Ofsted report.

“Our mantra is: every child can. If they can’t, why can’t they?” said Lall, after St Stephen’s was named The Sunday Times State Primary School of the Year. “There are no excuses and every day counts.”

“Everything we do here comes from our vision that every St Stephen’s child blossoms into a confident, respectful, modern British citizen prepared to be an aspirational contributor in the global community.” 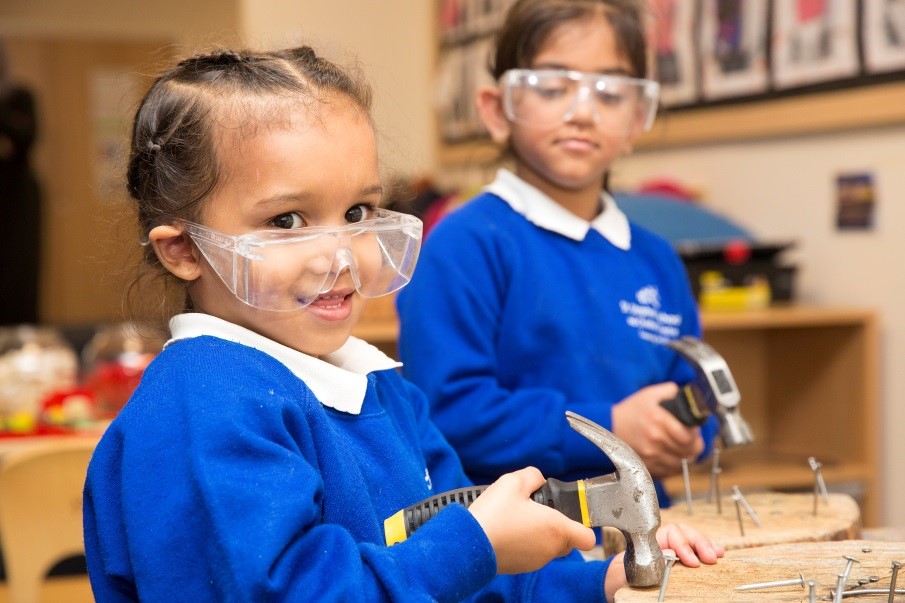 Lall praised the primary school reforms that have seen the introduction of tougher Sats for 11-year-olds. “The government push on basic skills has really supported the work we do,” she said.

“Once you’ve got your bread and butter in terms of number fluency, times tables, handwriting, phonics and reading, you can do higher problem-solving, deciphering of text, deeper meaning and inference. But in the past, we were finding we were still doing basic skills higher up the school.”

St Stephens, which is to become an academy in January, is one of three schools from the London borough of Newham to make the overall top 20 in England – matched only by Kensington and Chelsea, on the opposite side of London in more than just the geographic sense.

Even more remarkably, Newham – with 10 primaries in the top 500 – is one of just 11 local authorities to have 10 or more schools making the cut.

Faith schools are also heavily represented, with just under half of schools in the top 500 either Church of England-aided (119 schools) or Roman Catholic (121 schools).

Our first ranking using the new Sats has seen the most radical overhaul yet of the Parent Power Top 500 with just 182 of last year’s top 500 making the grade this year.

Professor Alan Smithers, director of the Centre for Education and Employment Research at the University of Buckingham, attributed the churn in the rankings to the introduction of the tougher Sats. “It is highly likely that the two are linked through the more demanding curriculum, the more rigorous Sats, and also the new way of reporting the results in Parent Power.”